Herman Miller, Inc. (NASDAQ: MLHR) today announced results for its second quarter ended December 2, 2017. Net sales in the quarter totaled $604.6 million, an increase of 4.7% from the same quarter last fiscal year. New orders in the second quarter of $629.4 million were 9.3% above the prior year level.

On an organic basis, which excludes the impact of foreign currency translation and dealer divestitures, net sales and orders in the second quarter increased by 6.0% and 10.2%, respectively, from the same quarter last fiscal year.

Brian Walker, Chief Executive Officer, stated “Strong demand levels were a clear highlight of the quarter, as orders reflected an all-time record level for our Company and grew 10% organically compared to the same quarter last year. Encouragingly, this order growth was fairly broad-based across our business segments, reflecting what continues to be a generally supportive macro-economic environment and success in our strategy to serve customer audiences through multiple channels. The momentum we have seen through the first half of the fiscal year is a testament to our focus in recent years to tune our offer to the shifting needs of the market, and while we have more work to do, we feel very good about the progress we are making on our strategic priorities. This includes the advances we’ve made toward our overall profit improvement goals, including specific initiatives we have planned within our Consumer business. These are expected to gain traction toward the end of this fiscal year and into the first half of fiscal 2019.”

The Company recognized pre-tax restructuring expenses and other charges totaling $1.7 million in the second quarter of fiscal 2018, all of which relate directly to initiatives aimed at achieving its previously outlined cost reduction goals. Restructuring expenses related to severance and outplacement benefits associated with targeted workforce reductions implemented during the period. Other charges related to external consulting fees associated with the Company’s profitability improvement initiative within the Consumer business segment.

Herman Miller’s effective income tax rate in the second quarter was 30.5%, compared to 32.0% in the same quarter last fiscal year.

Better than expected results from Naughtone 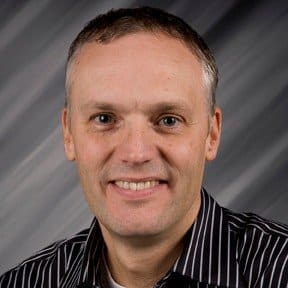 Jeff Stutz, Chief Financial Officer, noted, “Gross margins in the quarter were impacted by higher levels of price discounting, product mix, and a continuation of capacity imbalances we experienced last quarter that resulted in additional costs. While gross margins did not meet our expectations in the period, the organization once again did a great job managing operating expenses and delivering progress toward our long-term cost reduction goal. We also benefited this quarter from a tax rate at the low end of our expectations and better than anticipated “below the line” earnings contribution from our equity investment in UK-based naughtone Holdings, Ltd., a designer and manufacturer of upholstered products serving the fast-growing ancillary products category. The combination of these factors drove solid earnings growth and strong operating cash flow generation for the quarter.”

The Company ended the second quarter with total cash and cash equivalents of $114.6 million, an increase of $18.4 million from the balance at the end of the fiscal 2017. Cash flow generated from operations in the second quarter was $62.6 million. This compared to $64.1 million in the same quarter last fiscal year.

Looking forward, Herman Miller expects net sales in the third quarter of fiscal 2018 to be in the range of $565 million to $585 million. On an organic basis, adjusted for the impact of dealer divestitures and foreign currency translation, this forecast implies sales growth of 9% compared to the third quarter of the prior year at the mid-point of the range.

Given the potential significance of pending U.S. tax legislation on Herman Miller’s third quarter earnings guidance, the Company is providing an initial earnings per share estimate assuming existing U.S. tax regulations remain in effect for the period. Under this set of assumptions, the Company expects its effective tax rate in the third quarter to range between 29.5% to 31.5%, and diluted earnings per share to range between $0.46 to $0.50. If the latest proposed tax changes are signed into law before the end of calendar 2017, the Company estimates its full fiscal year 2018 effective tax rate would drop to between 26% to 28%, excluding any one-time adjustments required by the new bill.