In 2016, the Lithuanian office furniture maker Narbutas reported a turnover of € 33.1 million. Now the company states in a press release, their turnover in 2017 grew with 53%  to € 51 million. In line with their increasing turnover, the EBITDA also improved, and amounted to € 10.7 mln. 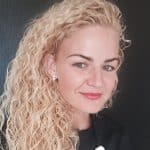 “Our successful results are driven by new and in-demand products, competitive pricing and active sales growth. We currently export office furniture to 51 countries and we have over 440 trading partners. The fastest growth in sales was recorded in our largest export market – the United Kingdom, as well as France, Germany and the United States. We actively strengthened our position in Italy, Switzerland, Austria, and we are glad about the results in the Middle East, “said Gabriel Vaitonytė,

New headquarter for the Narbutas Group

Narbutas expects to grow further in 2018. To be able to cope with that growth, a large investment package was started in the company’s production location. A total of € 7 million is invested in further modernization of the plant, and Narbutas is also developing a new production site of 7,500 square meters. This expansion is expected to generate 108 new jobs. In 2017, the workforce also grew by 111 jobs.