Sedus first presented the se:connects system at Orgatec 2016. This was the first digital analysis tool to support optimal utilisation of offices and workplaces available on the open market. Now se:connects has been further developed and new functions have been added in recent months thanks to a collaboration with experts from Kapsch BusinessCom AG.

The innovative solution is based around a mobile app and intelligent IoT sensors and is designed to make it easy to use and manage workspaces in smart working environments. Employees choose a workplace based on their current task and/or preferences. Desks and office chairs record the presence of users via sensors, and facility managers receive anonymised but very valuable data that can be leveraged to plan and use available space more efficiently. 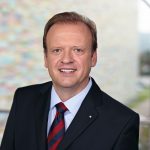 Holger Jahnke, Sedus Stoll AG speaker of the board: “Our se:connects mobile app is an important cornerstone of modern building technology. I am convinced that in the near future there will only be ‘one app for everything’. In Kapsch we have found a strong and innovative partner able to offer manufacturer- and system-independent solutions. Large international customers in particular often have extremely convoluted and complex IT structures, but they expect simple IoT solutions that work without a hitch. At our stand at Orgatec we will therefore be taking the opportunity to demonstrate how applications, media technology, and video conferencing systems can be integrated in a user-friendly way.”

Jochen Borenich, Kapsch BusinessCom AG Executive Board: “We are delighted to work with Sedus to make the vision of a smart office a reality. We were able to win over decision-makers with our end-to-end digitalisation concept. Everything from the sensors on chairs and tables through to the IoT gateway modules, cloud platform, and data analysis tools, including the dashboard interface and mobile application, is supplied by Kapsch.”

Kapsch and Sedus share a similarly long heritage. Back when Sedus was developing the first office chairs more than 125 years ago, Kapsch was involved in transmission technology – in the form of Morse transmitters and receivers. In the digital era, we are now combining the expertise of these two long-standing German-speaking companies with se:connects and the smart connected office.

Any companies that fail to offer smart IoT solutions will miss out on the opportunities it offers. This is clear to all players active in the field. The distinctions between segments such as hardware, software, and services are losing their meaning, and the individual branches of ICT are increasingly merging into one. Digitalisation, the internet of things, and big data are trends that affect all businesses and their technologies. Experienced IoT users are convinced that artificial intelligence is required to make sense of the high complexity of IT environments and the amounts of associated data created by Cisco, Microsoft, HP, and their peers.

Holger Jahnke: “The IoT market will continue to develop apace and bring us closer and closer together. What some might think sounds like ‘big brother’ will bring many benefits and advantages to the majority. I believe smart networking will become a core function of certain products and services such as usage-based billing models.

Incidentally, the term artificial intelligence was coined 15 years before the first manned mission to the moon. When Neil Armstrong became the first person to ever set foot on the moon, nobody really knew what he should do there. But that was not the point – it was to prove that it was technically possible. In a related sense, we at Sedus and Kapsch are embarking on a mission to Mars, metaphorically speaking, and our goal is to prove the feasibility of the smart office. A stopover is planned for Orgatec in Cologne, Hall 8, Stand B50.”

Sunon : A Company that exemplifies the meteoric rise of the Chinese Office Furniture Market