The commercial furniture industry “remains very strong,” according to Michael Dunlap after analyzing the results of the Michael A. Dunlap & Associates January 2019 Quarterly MADA/OFI Trends survey.

The owner and CEO of the consulting firm that focuses on the furniture industry and does the quarterly survey noted the overall index has improved to near record levels and is well above the 55.05 survey average.

“I feel good about where the industry is currently. 2018 finished strong in spite of the current political uncertainties, the effect of the midterm elections, tariff and trade questions. The effects of the current U.S. government shutdown are still too early to predict general economic growth and how they may affect this industry.

Excellent growth for the Big Nine

The survey, which was completed in October, measures the current business activity of the commercial (office, education, health care and hospitality) furniture industry and its suppliers.

“The Big Nine are experiencing excellent growth, the smaller under $50 million sales and fewer than 250 employees, are driving this industry,” Dunlap said. “I am delighted to see the strength of the order backlog and personal outlook index values. Outlook is a purely emotional question, but we put a lot of value on this content.”

The survey showed the most frequently cited perceived threats to the industry’s success are tariffs, travel, transportation and logistics costs. Health care costs have been the most commonly cited concern from respondents since the survey started in August 2004.

Ten key business activities are surveyed and respondents rate each area on a scale of 10 (the highest) to one (the lowest).

The survey is the establishment of an industry index number to quantify where the industry is currently performing. An index of 100 means things “couldn’t be better,” an index of one is “absolutely the worst” it can be, and an index of 50 means it is neutral; no change up or down.

This article is provided by Rob Kirkbride of Bellow Press. This weeks issue of his magazine ‘Business of Furniture’ also contains interesting articles about Enwork, Florence Knoll Bassett, Kimball, Scandinavian Spaces and much more. Subscribe for BoF here >>

Here are the highlights:

The index of 67.92 improved by seven points and is the highest seen since the survey began in 2004. It is well above the 56 survey average and is remarkably very strong. The July 2018 order backlog index of 66.57 was the all-time high.

MADA sees this as a positive indicator for industry sales for the first quarter of 2019 and into the second quarter.

The employment index measures the degree of increase or decrease in employment levels. The index 55.20 improved by three points and is well above the 56 survey average.

In West Michigan and many other industry locations, labor shortages are driving up wages but increased hiring remains strong.

MADA said this is still reflective of the inability to fill both entry level and skilled positions which are still are driving up hiring and hours worked. Overtime is now the norm, not the exception.

Historically, the capital expenditures index has steadily been in the mid to upper 50s. The January 2019 accelerated by almost nine points to 61.20 over the October index. It is significantly higher than average. The all-time high was 64.74 in April 2017.

The tooling expenditures index tends to remain very steady from quarter to quarter and typically tracks along with capital expenditures, but the significant increase during the fourth quarter is a nice surprise, according to MADA. The April 2017 index of 66.65 was the previous all-time high.

The January 2019 index improved by four points and is back above the 56 survey average, which is good news. The highest experienced was the April 2015 index of 69.70.

Many commodity prices in the fourth quarter of 2018 remained steady. Tariffs have not subsided nor increased. Through 2015 and into 2016, the average was 50.95. The current index indicates material costs have steadied.

Much like its companion raw materials index, the employee cost index is rarely above 50. Although higher health care costs are the most frequently identified issue that contributes to higher costs, wage increases this quarter appear to have exceeded health care. This is expected to continue as long as there is a shortage of qualified labor.

This is the strongest personal outlook index seen since the survey began. It has remained over 61 for the past 20 quarters. According to MADA, this is remarkable and most certainly gives a boost to the overall index.

The January 2019 survey index of 59.31 is boosted by strong improvements in nine out of 10 individual index values and brings it closer to the highest recorded index of 59.72 in July 2005. The lowest was 41.45 in April 2009 during the bottom of the recession.

The trends survey was sent to more than 600 individuals involved with the commercial furniture industry’s manufacturing and suppliers from Africa, Asia, Australia, Europe, North and South America, and from companies ranging from more than $1 billion in sales to less than $500,000 in sales. More than 75 percent of the responses come from C level executives who are the chairman, CEO, COO or president of their organizations.

This was the 55th edition of the survey, which repeats in April. 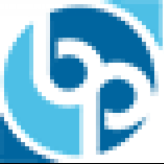 Business of Furniture and Workplaces Magazine are the go-to sources for keeping you informed about everything that is happening in the industry. From trends that affect your bottom line, to new products, to stories that will help you run a better, more informed company. In an effort to bring you the most timely and relevant office furniture industry news from around the world, Bellow Press is working with our European colleagues at OfficeRepublic. This article is written by Rob Kirkbride from Bellow Press and published on both platforms

Narbutas more than doubled turnover since 2016