The office furniture maker from Melle achieved the largest absolute revenue increase in the company’s recent history, at around EUR 130 million (2017: 113 million), representing an upsurge of approximately 14 percent. “This result confirms that we are on the right track with our fundamental ’Good Work’ principle and investment in one of Europe’s most modern office furniture production facilities,” says Dirk Aßmann, Managing Partner, summarising this development. To mark its 80th anniversary this year, the company is continuing its successful strategy, building on three pillars: employee satisfaction, state-of-the art production and expansion of sales activities. And just in time for the firm’s 80th anniversary, Assmann has become one of Germany’s Top 100 fastest-growing SMEs. This is the result of the “TOP 100 SME Ranking 2018” study conducted by management consultancy, Munich Strategy.

Sustainable growth thanks to investment and innovation

A central pillar for sustainable growth is the expansion of the product and service portfolio. This is the only way Assmann can respond to increasing customer requirements and changes in the office furniture market, establishing itself as one of the leading office furniture makers in both national and international competition. “In 2019, we will again remain true to our policy of sustainable investment at our site,” affirms Dirk Aßmann. After its new carcass furniture line was commissioned in 2018, planning is underway to optimise and automate the table assembly line. Continuous optimisation of its manufacturing processes, as well as the reconstruction and remodelling of the company’s headquarters are also on the agenda.
Assmann is therefore a great example of the fact that increasing automation does not have to result in job losses, but on the contrary, can improve a firm’s competitiveness, placing it on a sound footing for the future.

As well as record sales for the past financial year, Assmann also increased its workforce. In 2017, the company employed 356 people; this figure was 385 at the end of 2018 – and this is set to rise in future. “Employee satisfaction is an important pillar of our sustained corporate success,” emphasises Dirk Aßmann. And its HR policy, featuring numerous incentives such as its in-house health management scheme, ASS Plus, also bore fruit in the latest Top Job survey conducted by zeag GmbH – Zentrum für Arbeitgeberattraktivität: Assmann Büromöbel achieved 14th place in the German SME category (251-500 employees), establishing itself as one of the region’s most attractive employers. Dirk Aßmann says that this approach is set to continue: ” Assmann remains clearly committed to its roots – as an innovative traditional firm on course for a successful future”.

Assmann stands for sustainability. Sustainability in terms of employee development, growth and environmental performance, as well as sales focus. In addition to the continued expansion of its German business, the company is also continuing its international development. In 2018, for example, the family firm acquired shares in British Frem Group Screens Limitedbased in Haverhill, Suffolk, near Cambridge (UK). The agreement includes exclusive distribution rights for Syneo lounge furniture systems in continental Europe. Frem Group Screens Limited was founded in 1993 and is one of the UK’s leading manufacturers of acoustic screens and room-in-room solutions. For Assmann , this represents a major investment in the future, because lounge furniture is becoming increasingly important when equipping modern working environments.

Since last year, the company has also showcased its interior design solutions and product innovations in Stuttgart, Amsterdam and Glasgow and now has a total of 14 showroom locations in Europe.

Just in time for its 80th anniversary in 2019, Assmann also relaunched its brand image last year. This made its debut at the ORGATEC office furniture fair, which was also a special highlight of the year for the company, due to the successful premiere of numerous new ASSMANN products and innovations.

Modern and reduced to the essentials, the Assmann brand name is the clear focus. Because its products and service, like its corporate strategy, have become more holistic and extensive – it is not just office furniture which is developed and produced under the Assmann brand name; it also stands for the firm’s sustainable overall direction and a variety of services. “80 years of Assmann – this also means 80 years of good work for the company and for the region,” summarises Dirk Aßmann. And this should be celebrated! To mark this notable occasion, an anniversary event will be held for all staff and their partners in September. “After all, it is ASSMANN’s employees who breathe life into and ensure our ‘Good Work’ promise day after day!” 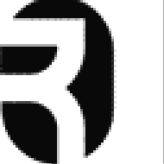 Bene achieved major growth in sales and earnings in 2018